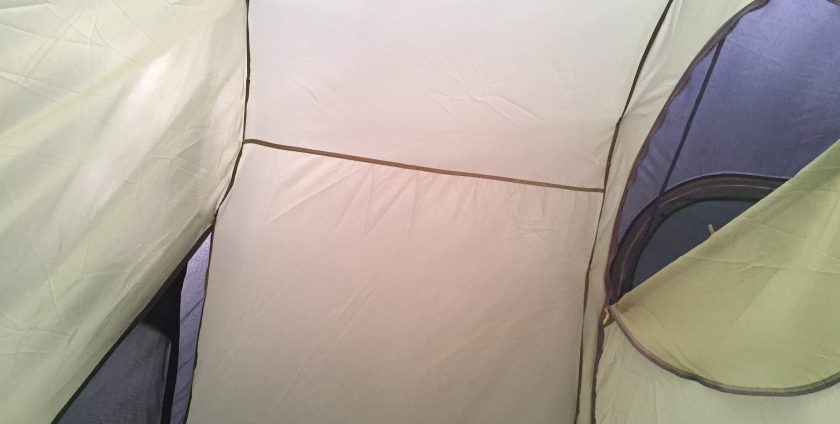 I have been inattentive to this blog recently. My head has been so full that processing thoughts into words has not always happened. I have also been back to the place mentioned in The Discovery and, more recently, in Going Back, Doing My Best, and Packing.

I am still analysing the experience of returning. I am still recovering from being with so many people for so much time. My husband went away for a couple of nights an hour after my return and I have now not seen another human or spoken a word for over 40 hours and I am starting to regain a little equilibrium.

I am also trying to work out what any of it is for. And I spent a long time yesterday “persuading myself That I even want to [live]”, which is still not a foregone conclusion for me. In the end, I gave up trying to work out why I do anything at all, and simply reminded myself of Scott Jurek’s words: “Sometimes you just do things!” These words have served me well on many occasions over the last few years.

Better analysis will have to wait for a while. Pouring so much energy into things outside my normal routine has left me somewhat depleted and also very behind with blogging and “desk work”. There is much to catch up on, and it will take time. I am having to take things very very gently.

However, the last day I was away, the 20th August, was a significant anniversary for me – exactly six months since my formal diagnosis. And, at four in the morning, sitting in a tent in a field, I typed the words below into my phone. Just something to try to mark the occasion somehow.

They’re very unformed thoughts. I have not analysed them, nor edited them (beyond dealing with a couple of autocorrect fails), and my head’s not really in a place for discussing some of them yet. I suspect I’m also repeating things I’ve said before. Maybe this is the way my brain is doing the processing, still trying to work out what has happened in the last year and where to proceed from here.

Please don’t challenge me on the thoughts below. I’m not up to being challenged on them. They are my truth from where I am at the moment. I do not want positivity. I do not want reassurance. Those things are uncomfortable to me right now.

My head needs space to process the thoughts and I need to challenge any that might need challenging by myself, in my own time. I do not currently have the strength to debate them with others. I merely present them to you as they are.

My head is full of anniversaries.
The end of this summer’s music
Reminding me of how things ended
Last summer…

Then
I was just at the start
Of exploring
The “autism hypothesis”
As I called it.

Me? Autistic?
No.
I did not “suspect”
I had not “wondered for a while”
It hadn’t occurred to me
At all.

TBH I hardly even knew what autism was.
I sure as hell knew nothing about
Sensory issues
Executive functioning
Autistic inertia
Social imagination
Burnout
Masking
Stimming
And so on.

Except that I did.
I knew all these things
Really really well
Because they had been part of
My normal
All my life.

I just assumed the world was
The same
For everybody.
And that life was basically
A competition
To see who could cope
And be tough
And behave “properly”
Like they tried to teach me.

I knew I was weak
Because I couldn’t tolerate it well
And got so mentally ill
That I wished to be dead
Most days of my life
For as long
As I could remember.
I assumed this was normal.
Most folk wake up
Wishing they hadn’t,
Don’t they?

And then I discovered I was not
“Normal”
After all.
And please don’t think
That telling me I AM normal
Is in any way helpful
Because it is not comforting
Nor reassuring.
It is invalidating,
Gaslighting.
And upsetting.

There is
A weird feeling of discovering
That most other people
Perceive the world
Differently.

Must be odd for them!

Then
I was at the end of exploring
The “autism hypothesis”
Because it ceased to be a hypothesis
And became a formal diagnosis.

And discovering that my normal life
Wasn’t so normal
After all.

And that most other people
Weren’t being tough
In the ways I thought they were.
The assessor was clear on that.
And absolutely totally clear
That I fulfilled all the diagnostic criteria
Even things I hadn’t discovered:
My gestures and expressions
Limited and atypical.
Things that should have been
Learned intuitively
I had instead
Learned cognitively.

My head is full of anniversaries
And I think I should be
Writing something more
Organised?
But life has been sapping my energy
And my mind still needs
More processing time.

The thoughts are just there
Undefined
Randomly swirling.
Logical arguments not yet formed

But the anniversaries are there.
Six months since diagnosis.
Half a year.
That should be significant?
Maybe?
Perhaps it is and that’s why I’m even writing this.
It feels significant.
Six months since liberation.
Six months since it became OK
To stop trying to be “normal”
To give up the old life
(Though I’m yet to work out
How to proceed from here)
To recognise how disabled I really am
And how much care I need
Though, perversely, I’d rather be independent.

I am still learning.
There is so much to learn.
I’m still new to this autism malarkey.
Both new to the whole idea of it
And the theories
And debates
And arguments.
And to how and where I fit
Into the whole neurodiversity thing.
Confusing complexities of language.
The triggering effects of so much exposure
To children and childhood and parenting discussion
An area of life I had cut myself away from because it is so alien and painful.

And while I have lived for decades with my “normal”
Redefining myself as autistic is odd.
I was colourful, eccentric, weird, something special and different.

Now I discover I was just a common or garden autistic all along.

I feel much less unique.
More bog standard.
But I also know now I’m not normal.

Paradox.
I’m odder and less odd than I thought
Simultaneously.

And I have to learn to live
Practically.
And keep persuading myself
That I even want to.

Now is not really the time
After a week of memories
Almost no sleep
Meltdown
Shutdown
Self-injury
Dissociation
People
Music
Trying to cope.

But today is the date
So I have allowed
Unformed thoughts
To escape from my head.

My head is full of anniversaries.
So full
That some thoughts
About them
Have leaked
Out of my finger
Onto your screen.

This site uses Akismet to reduce spam. Learn how your comment data is processed.